Invitation to Visit Total stand A232 at ADIPEC 2015

Total E&P UAE is pleased to invite you to visit us at our stand in ADIPEC 2015 at Atrium A232. The theme of this year’s conference is: Innovation & Sustainability in a New Energy World and theme of Total stand is “Partnership, People and Innovation”.

At Total’s stand we will be presenting our know-how, technology and innovation to showcase our expertise as an international energy company and demonstrate our long term commitment to the UAE as pioneers in innovation, technology and capacity building.

Dedicated technical presentations are scheduled in our stand auditorium on all 4 days and we invite you to attend them. We also encourage you to share this e-mailer with your professional contacts and invite them to our stand. Please visit this +Link to follow the presentation schedule and +Pre-register your interest to attend.

If you have not registered already, +Click here and to register yourself as a visitor to facilitate easy entrance to the venue.

We look forward to meeting you at the exhibition. 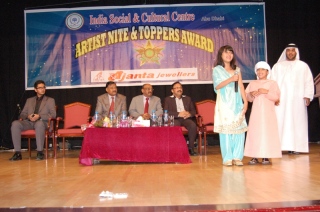 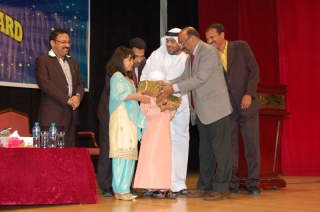 Abu Dhabi Community Police Captain Mr. Tamim’s chiildren presenting two songs, expessing a special dedication and love from them towards Indian Community. An icing on the cake was the part of speech by Captain Mr. Tamim in Hindi.

This entry was posted in Events Covered and Reviews, ISC, Talent Share.

This entry was posted in Clicks and writes, Events - Urakam Ammathiruvadi Temple, Events Covered and Reviews, My videos. 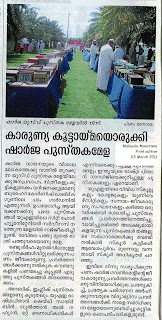 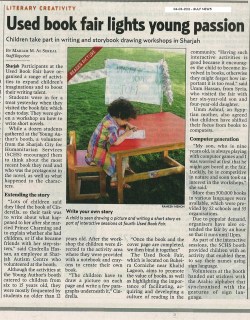 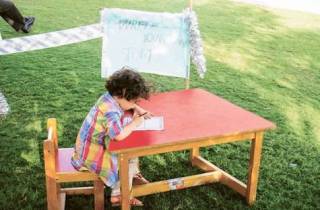 A child is seen drawing a picture and writing a short story as part of interactive sessions at fourth Used Book Fair.

Sharjah: Participants at the Used Book Fair have organised a range of activities to expand children’s imaginations and to boost their writing talent.

Students were in for a treat yesterday when they visited the book fair, which ends today. They were given a workshop on how to write short novels.

While a dozen students gathered at the Young Author’s booth, a volunteer from the Sharjah City for Humanitarian Services (SCHS) encouraged them to think about the most recent book they read and who was the protagonist in the novel, as well as what happened to the characters.

“Lots of children said they liked the book of Cinderella, so their task was to write about what happened to her after she married Prince Charming and to explain whether she had children, or if she became friends with her step-sisters,” said Cindrella Hassan, an employee at Sharjah Autism Centre who volunteered at the booth.

Although the activities at the Young Author’s booth catered to children from six to 15 years old, they were mostly frequented by students no older than 12 years old. After the workshop the children were directed to the activity area where they were provided with a notebook and crayons to create their own book.

“The children have to draw a picture on each page and write a few paragraphs underneath it,” Cindrella.

“Once the book and the cover page are completed, we then bind it together.”

The Used Book Fair, which is located on Buheira Corniche near Khalid Lagoon, aims to promote the value of books, as well as highlighting the importance of facilitating, acquiring and developing a culture of reading in the community. “Having such interactive activities is good because it encourages the child to become involved in books, otherwise they might forget how important it is too read,” said Umm Hassan, from Syria, who visited the fair with her six-year-old son and four-year-old daughter.

Umm Ashraf, an Egyptian mother, also agreed that children have shifted their focus from books to computers.

“My son, who is nine years old, is always playing with computer games and I was worried at first that he might get bored at the fair. Luckily, he is competitive in nature and soon took an interest in the workshops,” she said.

More than 500,000 books in various languages were available, which were provided by 52 schools and 53 organisations.

Due to popular demand, organisers have also extended the fair by an hour so that it runs until 11pm.

As part of the interactive sessions, the SCHS booth provided children with an activity that enabled them to say their names using sign language.

Volunteers at the booth handed out stickers with the Arabic alphabet that synchronised with the gestures of sign language.

To read it in original, please visit GULF NEWS online

This entry was posted in Community Service, Events Covered and Reviews, Gulf News, Letters to the editor, Opinion 2011, Sharjah City for Humanitarian Services. 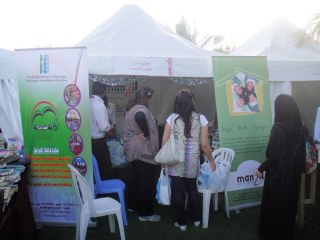 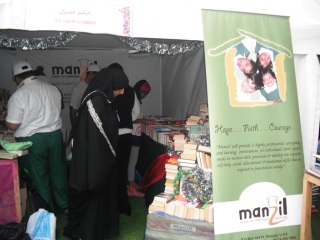 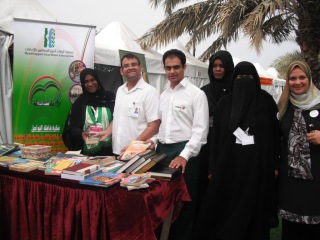 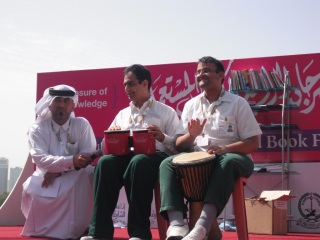 This entry was posted in Community Service, Events Covered and Reviews, Sharjah City for Humanitarian Services. 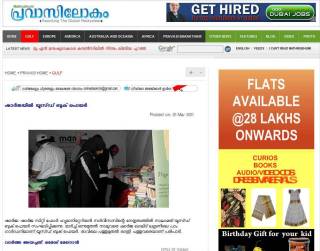 Recently, I had an opportunity to participate in a birthday celebration. It was an important one because, it was the sixth birthday celebration of Manzil, a charitable institution for challenged children located in Sharjah.
I had to travel early from Abu Dhabi and just managed to reach there before the functions started. Having interacted and communicated with the institution only through phone and emails, the visit was very important for me to get to know them in person.
I was really overwhelmed by the enthusiasm with which those children and the staff planned the events. Meeting visitors was also exciting for the students of different age groups. Interacting with them, I felt really privileged and blessed to be among those pure and innocent minds. There were cultural events by students which included songs and drumming and a magic show. Among them one of the senior students got really excited at meeting me and started playing around with my camera.
I allowed him to click and as his demands increased, I quietly allowed him to explore its functions. Watching him one of the teachers told him to go back to his seat and watch the show. He went quietly to his seat and then suddenly came back to me and said, “Sorry Uncle, I played with it and might have damaged it.” I told him not to worry and it was not a problem.
I was however dumbfounded by his words and actions, which in the normal circumstances may not have come from an ordinary child. These were words which people of much wisdom and mobility have now forgotten.
My day became more blessed with the action of that child and the opportunity that I got being among a group of blessed children and those who care for them with such sincerity and devotion.
Incidentally, he and other students from Manzil are participating as volunteers in the 4th Used Book Fair under the theme, “The Treasure of Knowledge.” organised by the Sharjah City of Humanitarian Services, which runs from March 1-4, 2011 at the Palm Garden in Sharjah’s Khalid Lagoon. ßYou may find good books at nominal prices and at the same time your visit may cheer them up for doing more for the society.
To read it in original, Please visit KHALEEJ TIMES online.

This entry was posted in Community Service, Events Covered and Reviews, Sharjah City for Humanitarian Services.