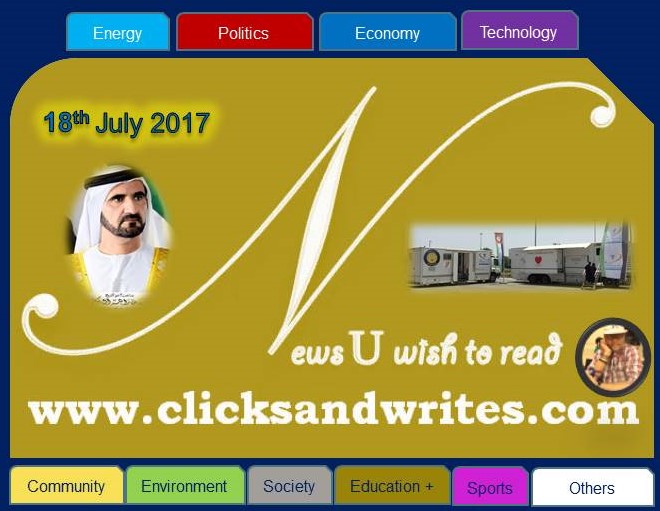 Solar plants that supply electricity at competitive prices after the sun goes down are about to become a reality in the Middle East, according to one of the region’s biggest developers of power plants. The Acwa Power International chief executive Paddy Padmanathan confirmed his company is the low bidder on a US$1 billion project that will feed electricity to the grid for the Dubai Water and Electricity Authority between 4pm and 10am. More such plants are likely to follow because Chinese companies will start driving down the cost of equipment, he said. The 200-megawatt Dubai contract, which runs for 25 years, will harness a two-decade old technology called concentrated-solar power (CSP), or solar thermal. Unlike photovoltaics, which generate a charge directly from the sun’s power, thermal plants use mirrors to concentrate heat on water, turning it to steam to drive a turbine. The heat can be stored in molten salt to be used later. The technology to date has slipped behind PV on cost but is quickly becoming more competitive, the executive said.

The Dubai Electricity and Water Authority, DEWA, has announced its tips on what to do before leaving home for the summer holidays, including unplugging electrical appliances, making sure there is no seepage from taps and internal pipes, and shutting off the water supply to avoid any water leakage.  The authority’s annual campaign, ‘Let’s Make this Summer Green’, is part of DEWA’s efforts to raise awareness of the judicious use of electricity and water, reducing waste, and the importance of following safety guidelines.Tips also include advice to switch off lights and unplug electrical appliances and electronics to save energy.

The presidential election on Monday recorded probably the highest ever turnout of over 99%, with all eligible voters casting their ballots in at least 10 States and one Union Territory. The election was conducted at 32 polling stations, including in Parliament and the State Assemblies. Presidential Election Returning Officer and Lok Sabha Secretary General Anoop Mishra said reports on voting percentages from Andhra Pradesh, Jammu and Kashmir, Manipur and Tripura were yet to be added.

UAE economy to ride on non-oil sector and infrastructure spending

Despite bearish sentiments, the IMF and Bank of America Merrill Lynch, concur that medium term non-oil growth will reach 3 per cent or higher, thanks to investments in the lead-up to Expo 2020. The UAE’s economy will expand on the back of non-oil sector growth over the next 18 months, as Abu Dhabi loosens its purse strings and Expo 2020-related spending in Dubai start to kick in, according to economists.  That estimation comes after the IMF on Friday cut its outlook for the country’s economy due to the continued pressure on oil prices, which is down 14 per cent year-to-date, despite a global oil output cut, in which the UAE is participating, that has so far failed to reduce inventories and prop up prices. Besides the anticipated spike in Expo 2020 spending, Abu Dhabi is expected to reduce its austerity drive, increase spending and revisit projects that have been postponed.

Life ‘n One, a community centre, located in Jumeirah 1, is conducting free yoga sessions for cancer patients. Held every Tuesday morning at 8.30, the hour-long class aims to help patients fight the side-effects and discomfort arising out of chemotherapy and other treatments.

Eda Gungor, founder of Life ‘n One, says, “We are unable to change what life throws at us, but we can choose how we respond. A daily meditation practice helps reduce anxiety and stress and builds immunity. That’s what we are trying to help our friends with.”

The participants of the 11th edition of the Knowledge Forum, organised by the Abu Dhabi Department of Economic Development, ADDED, have recommended the creation of a draft national strategy to define the general framework of a comprehensive national volunteering programme.  The programme will include all segments of the UAE community, with the aim of making volunteering a way of life and placing into consideration the importance of unifying volunteering efforts through a federal government authority, which will supervise, organise and implement legislations on volunteer work.  The forum, titled, “Your Year of Giving”, which coincides with the #Year of Giving in the UAE, underscored the importance of achieving sustainability in the implementation of charitable and humanitarian projects, to serve the nation’s vulnerable categories while activating the role of private sector institutions in implementing these projects, as well as promoting their social responsibilities and creating a promotional plan, to raise the levels of awareness among all segments of society about volunteer work in the country.

The Zayed Giving Initiative has launched the first mobile voluntary hospital for labourers to provide on-site medical care. Started under the “Responding to Favour” slogan, the initiative is aimed at providing the best diagnostic, therapeutic and preventive services to the labourers in work locations nationwide. Emirati voluntary doctors oversee the mobile hospital which goes in the framework of the UAE Voluntary Health Care Programme and in line with directives of the #Year_of_Giving initiative launched by President His Highness Sheikh Khalifa bin Zayed Al Nahyan.

Caring for the diaspora, away from home

Serving a 2.6 million-strong Indian diaspora in the UAE is no easy task. It is, thus, no surprise that Community Affairs is one of the busiest departments at the Indian embassy in Abu Dhabi. Addressing labour grievances, dealing with runaway maids, making jail visits, repatriating bed-ridden patients, attesting educational certificates, issuing emergency exit passes and even brokering peace between hostile couples – these are all in a day’s work for the Community Affairs wing. A typical day starts at 9 am when the doors of the embassy are open for the public. The ‘Open House’ hours from 9 am to 12.30 pm every day gives public the chance to meet embassy officials and raise their concerns and seek help. Through the token system, an average of 40 grievance cases, queries or requests are heard by the embassy on a daily basis.

This entry was posted in General, Information - News and tagged Daily News.