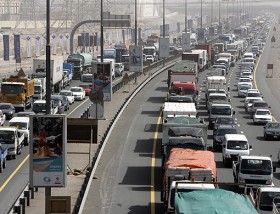 Abu Dhabi: Motorists across the country will soon have a uniform driver’s licence, Gulf News has learnt.

A centralised system linking all the traffic departments in the country is also under way. This comes as the new Traffic Law takes effect from March 1.

“Discussions have been on for a while to decide upon a common type of card for all the licence holders unlike now when each emirate issues a different looking card,” said a senior traffic official.

“We follow the same rules and regulations so it is important for all the emirates to issue identical cards,” he said, without elaborating on when the system will come into effect.

The centralising of the traffic departments in the country has already been completed though the official launch of this system is yet to happen. “The system is awaiting the nod of the higher authorities”.

As per the officials at the Traffic Department in Abu Dhabi, one of the benefits of the centralised system would be that it would prevent licence seekers from opening files in different emirates simultaneously.

“It would make it possible for a licence holder to renew or apply for a licence in any emirate regardless of the emirate that issued his residence visa. It means a person who holds an Abu Dhabi visa can renew his licence in Dubai without any hassles and vice versa,” he said.

However, as per the existing rules, a person can only apply for a driver’s licence in the emirate from where his/her visa has been issued.

“Changes on this are unlikely, because it will take a lot of adjustment. But it cannot be ruled out. It is a reality that many people who have visa from one emirate work in another emirate. Currently some professions like bank personnel are allowed to apply anywhere. It is being discussed if this should be opened to all regardless of their profession,” the official said

Meanwhile, the traffic departments all over the UAE are geared up to implement tougher regulations and fines to cut down the death toll due to traffic accidents. Serious offences will invite a minimum fine of Dh20,000 and the penalty may also include a jail term, as per the court ruling.

Meanwhile, Colonel Gaith Al Za’abi, Director of Traffic Department at Ministry of Interior, said 14 changes have been made to the existing Traffic Law which would come into effect from March 1. A committee formed by the senior officials with the representation of all seven emirates has identified four core targets, he said.

A minimum fine of Dh5,000 and a jail term not exceeding 3 months or either one of them for those

A minimum fine of Dh5,000 and a jail term not exceeding one year or either one of them, for those who lend their car for illegal or criminal activities and those who do not report this to the police, despite having the information.

A fine of Dh500-Dh2,000 and a jail term not exceeding three months or either one of them, for those who provide false or incorrect information to the traffic police.