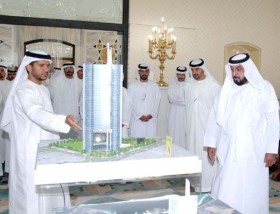 The project, designed by an international consultancy house, envisages construction of a 39 to 49-storey building which can accommodate over 2,000 staff and customers.

The project’s first phase involves construction of the main offices. Work on the first phase will commence in 2009. It is scheduled to be completed by 2011. The project’s second phase will be completed in early 2014. The state-of-the-art building is designed to be energy efficient. It will be located in an area adjacent to the Emirates Palace hotel and Adnoc’s old building.

The company’s old building was opened in 1979 by the late Shaikh Zayed bin Sultan Al Nahyan.