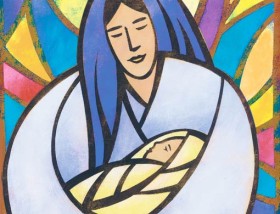 Dubai: The custody of a child is described as ‘Hadana’ in Arabic, which means holding the child close to one’s heart by protecting, taking care of and offering education to the child.

In the UAE, there are more than 200 nationalities of various ethnic backgrounds, many of whom are married and live with their children in the country.

If for any reason a couple wishes to end their marriage, they can approach any of the country’s courts.

According to Article No. 50 of the Personal Affairs Law, if the expatriate parents are divorced and the children are in their mothers’ custody, she is not allowed to take the children out of the country.

The law says that whatever the nationalities of father and mother, the children should live in the same country where the father is living.

However, if the father submits to the court a letter that he agrees and approves that his children can go and live outside the country with their mother, then she can travel with them.

According to article No.142, in case of a divorce, the guardianship or the custody of the children is handed to the mother if the child is very young.

The mother is also entitled to the custody of her infant child after separation from her husband. There are several conditions that needs to be met before a parent is given custody of the child. The custody of the child is given to a person who is an adult of sound mind, good character and has not been sentenced for any crime. The person should not suffer from infectious diseases or mental problems.

In the case of the mother, she should also not be married to a person who is a stranger to the child.

If any one of these conditions is not fulfilled and there is an obstruction, such as insanity or the mother having remarried, the woman has no right to custody.

The law here sets the location of the child’s custody at a place where the father lives.

However, there is no objection to the wife moving with the child from a village to the city if this is advantageous to the child.

If the mother of the child is dead, the custody passes to the maternal grandmother, but she cannot move the child to her own city. The guardianship of a minor for the management and preservation of his property involves the father first.

* The law and Sharia gives women more rights in the custody of small children, as women know better how to raise small children and they are more patient in dealing with the difficulties involved.

The mother has more rights in the custody of her child, whether a boy or a girl, so long as she does not re-marry and so long as she meets the conditions of custody.

* In order for the mother to be able to take custody of her children, she should be of the same religion as her children.

* If the child is Muslim, the guardian must be a Muslim. The guardian has the right to keep the child’s passport with him and it should be handed over to the person who will take care of the child.

* The man’s custody of a boy continues until he becomes a teenager, and for a girl until she can safely be left alone and can be trusted to take care of herself.

* If a boy or a girl passes the period of ‘hadana’, he or she has no option to be with one parent or the other, but must remain in the charge of the father.

* Expatriate mothers who has children from a previous marriage and comes to live in the UAE with their husband should submit at the Naturalisation and Residency Department a proof of child’s custody and an approval from the father of the children that he agrees they will live here with their step father.